“What?! They’re not doing The Game this year? How are we going to get new students into Welshimer Library to meet staff, and learn about our spaces and services?” That was the initial reaction of librarians to changes to the new student orientation day resulting from this year’s later start of the school year.

The Game, which had new students running around campus in small groups to visit various buildings was an ideal way for library staff to showcase the Welshimer Library. “Participating in The Game as a regular stop along the way was a simple and fun way for us to get new students into the library building right away,” says Director of Libraries Gary Daught. “By removing some of that initial intimidation and creating a positive impression of the library for new students through this event, we were fairly certain they would come to make the library a regular study spot during the school year.” With the loss of The Game to provide that early introduction, the library staff knew they needed to get creative and find an alternative.

As it happens, Daught had read an article in a library publication over the summer about a university library that teamed-up with their university archives to create a pop-up button-making space as a library outreach event. That was the answer! “We could combine a button-making space, with a self-guided tour of the Welshimer Library building, and pans of Instruction Librarian Mary Jackson’s famous brownies. The name for our new event presented itself almost immediately–Buffs, Buttons & Brownies!” 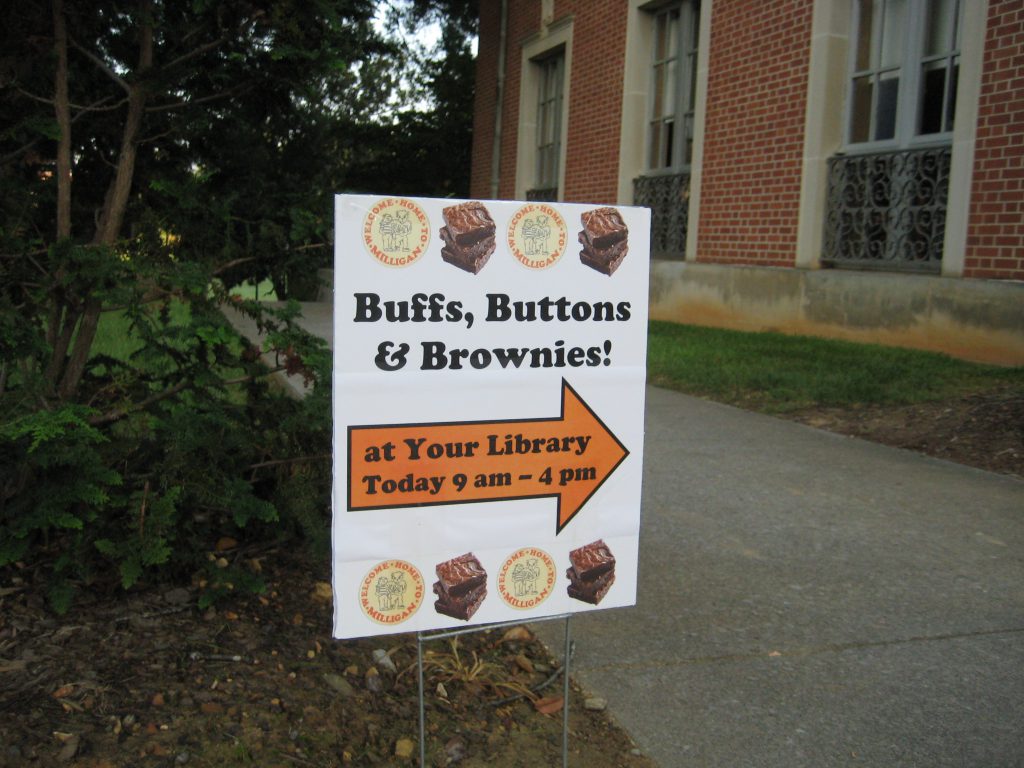 The event was held during the day on Monday, August 27 from 9 am to 4 pm. By all accounts Buffs, Buttons & Brownies! was a success, with over 90 buttons made (the pop-up space continues into Tuesday) and nearly 200 brownies consumed! Mary Jackson expressed well the very positive take-away from the day: “It was a really fun event that gave us a chance to meet and connect with many new students and reacquaint ourselves with returning students. The self-guided tour was low-key and helped students familiarize themselves with the library building and staff. Everyone was very excited for the chance to make a button.” (Picture choices for the buttons were selected by College Archivist Katie Banks from archival holdings.) 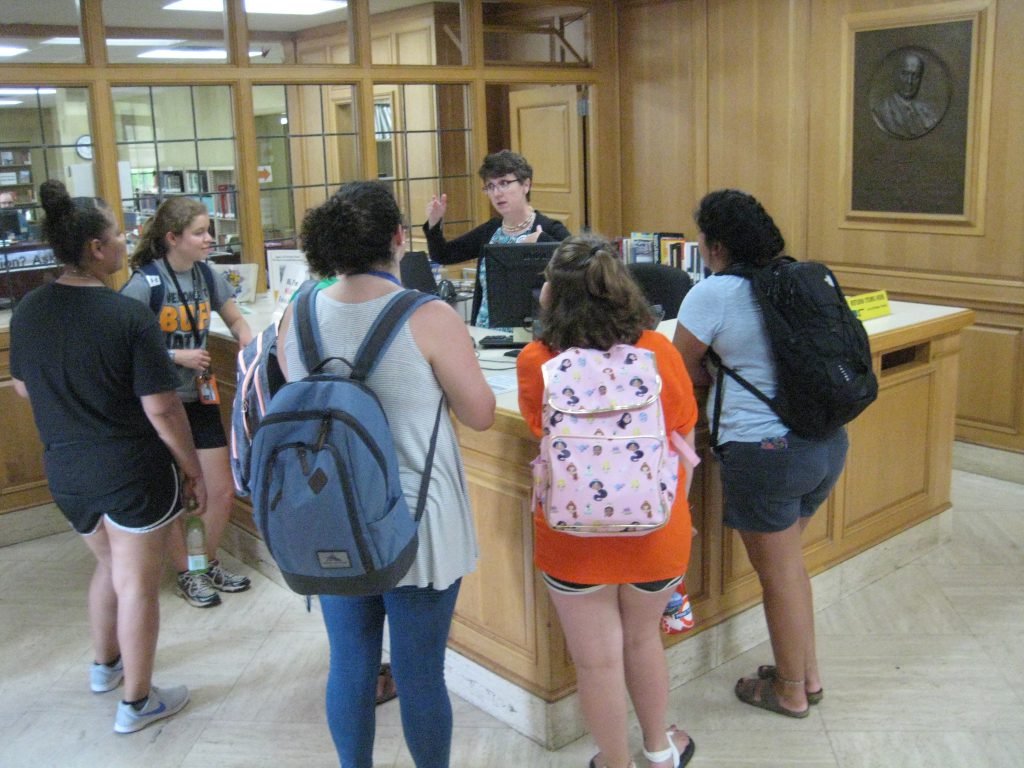 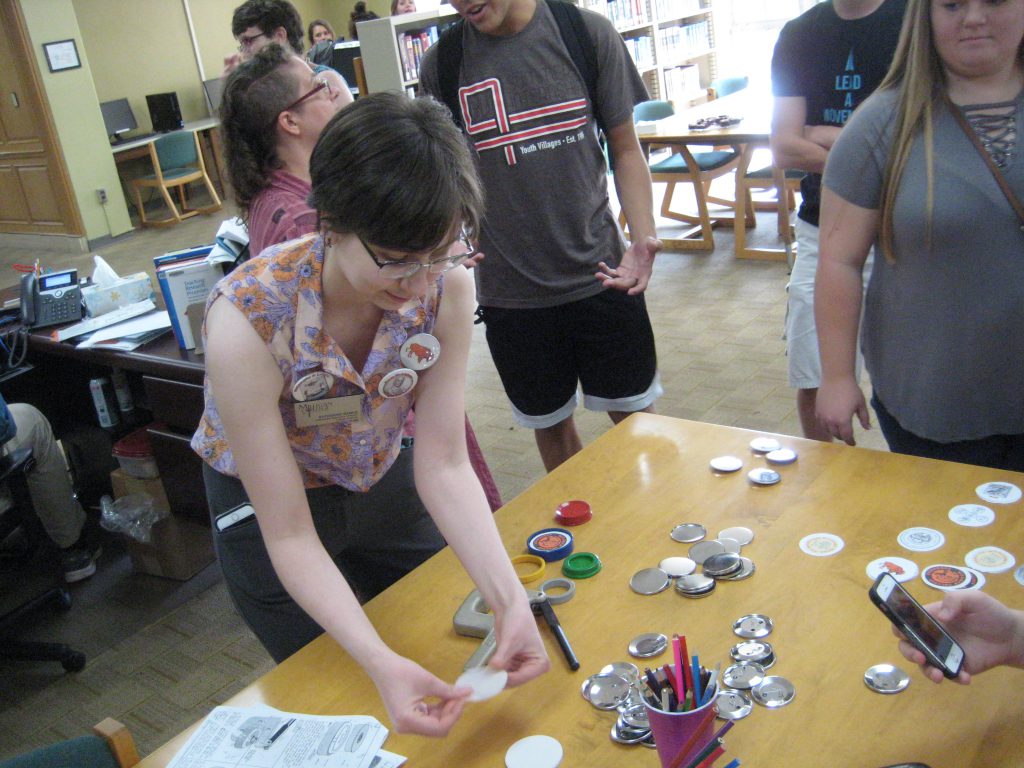 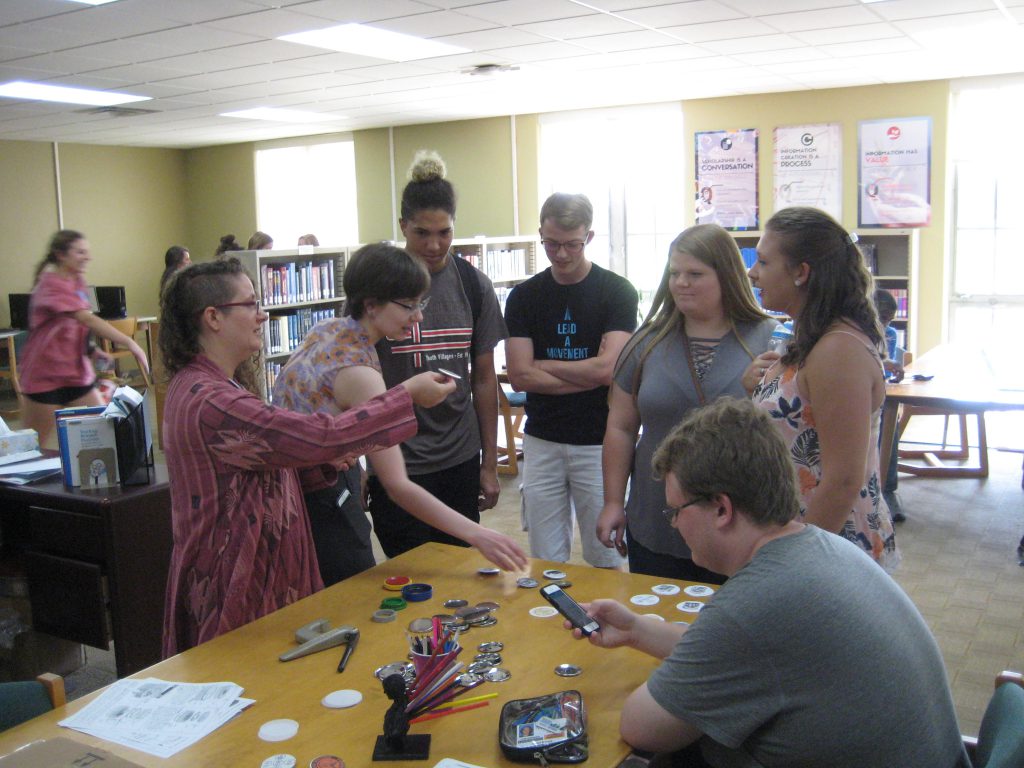 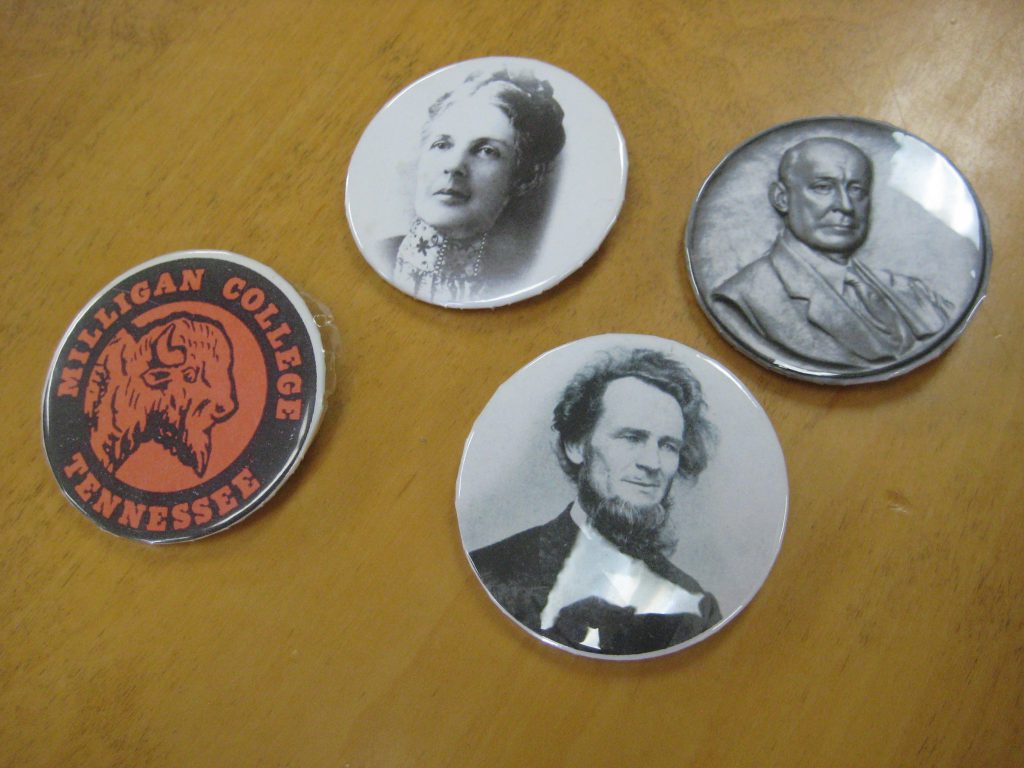 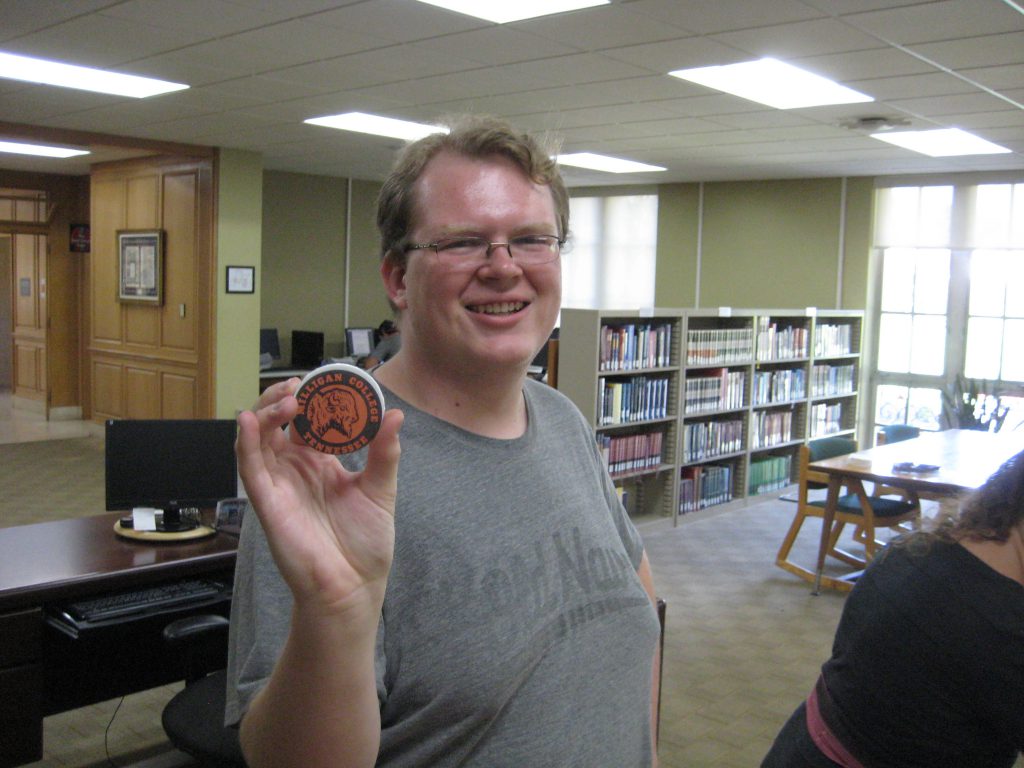 Special thanks to Mary Jackson for the delicious brownies, and to Professor John Jackson for lending us his button maker. “I think this could easily become a new regular event for Welshimer Library,” says Daught. “Though I suppose we should probably buy our own button maker.”