Beautiful late fall days make the Sesquicentennial Plaza an ideal outdoor study space for Library users. Turns out it’s also an ideal performance space for an impromptu concert. Yesterday, Milligan College’s a cappella ensemble, Heritage was playing host to Kindred Spirit, an a cappella group from Princeton University (New Jersey), which is currently on tour in Tennessee. The fellowship between the two groups was topped-off with an informal morning concert on the Plaza. The singing was great! The space has some nice natural acoustics, too. Indeed, music professor and conductor, Noah DeLong is looking forward to using this space for similar events in the future. 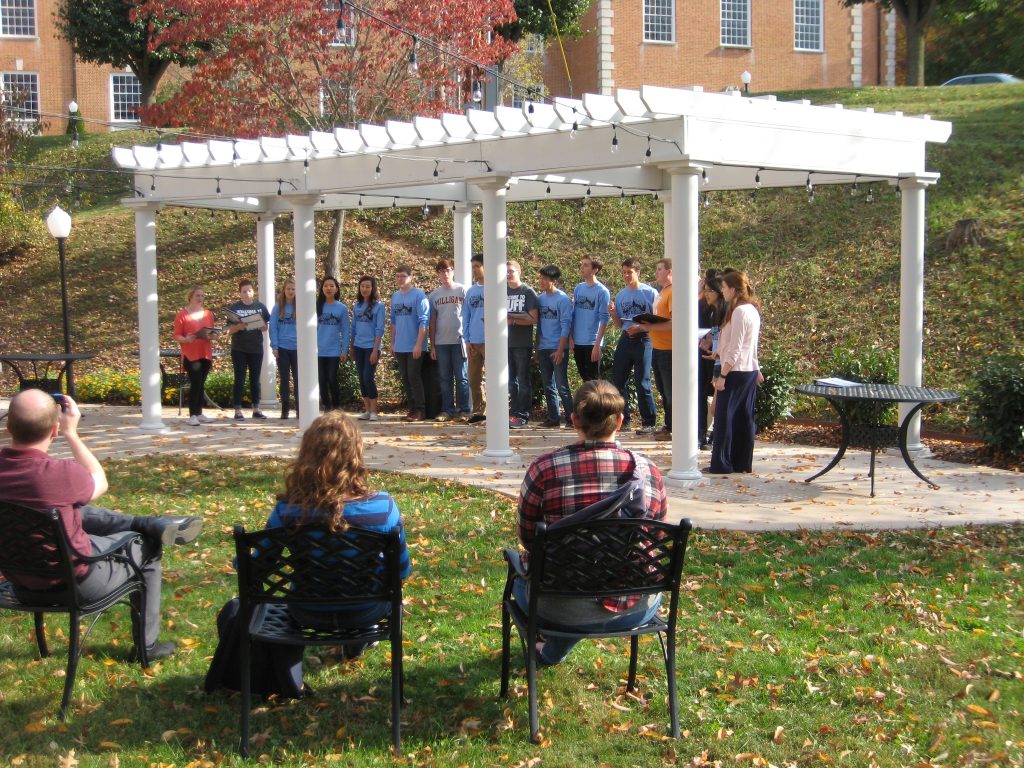 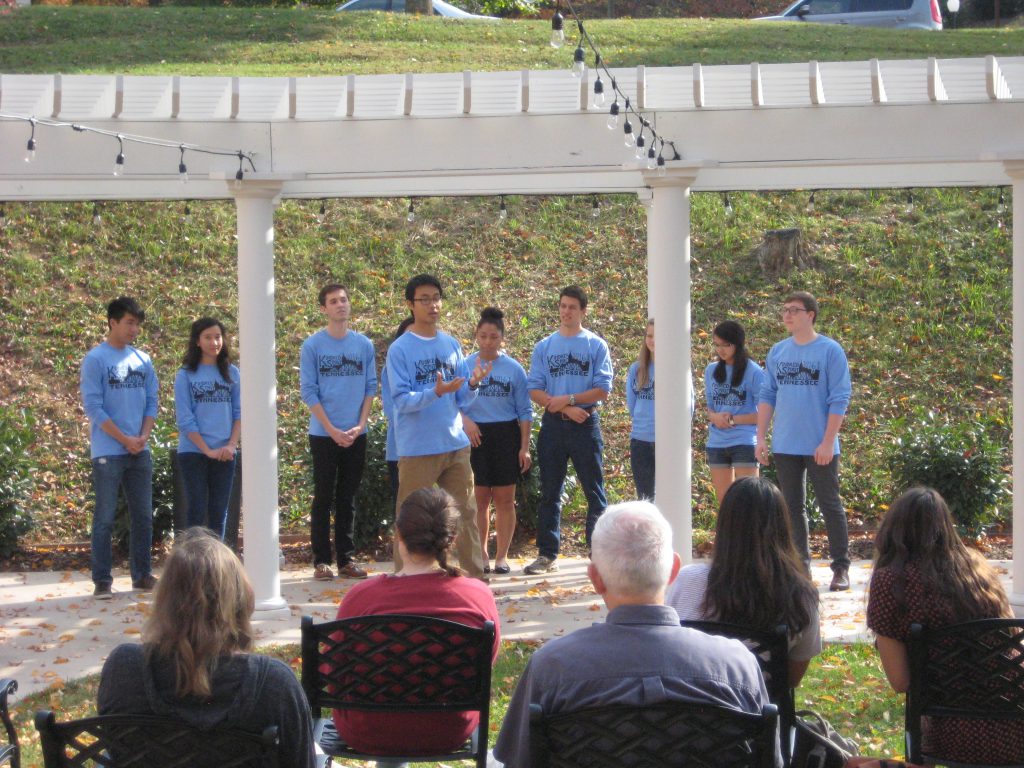 Incidentally, as my reporting on the Welshimer Library energy renovation project over the summer included updates on the construction of the Sesquicentennial Plaza (which was formally dedicated by President Bill Greer during this year’s Homecoming celebration), I should also include some photos of the painting of the pergola and lighting installation. 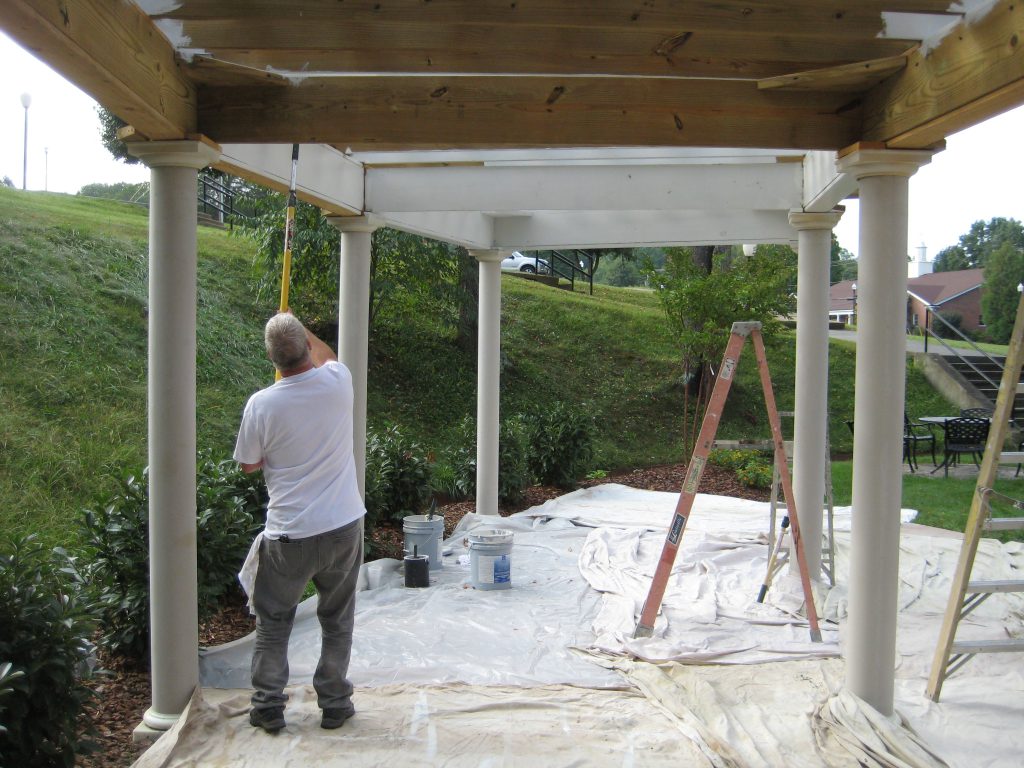 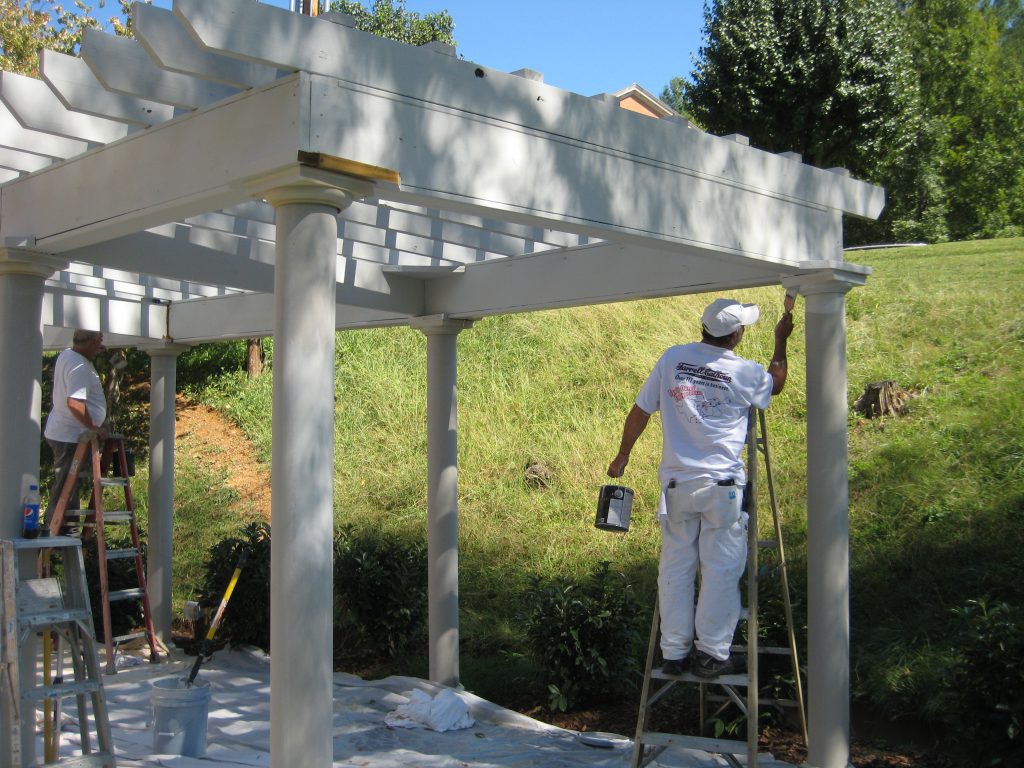 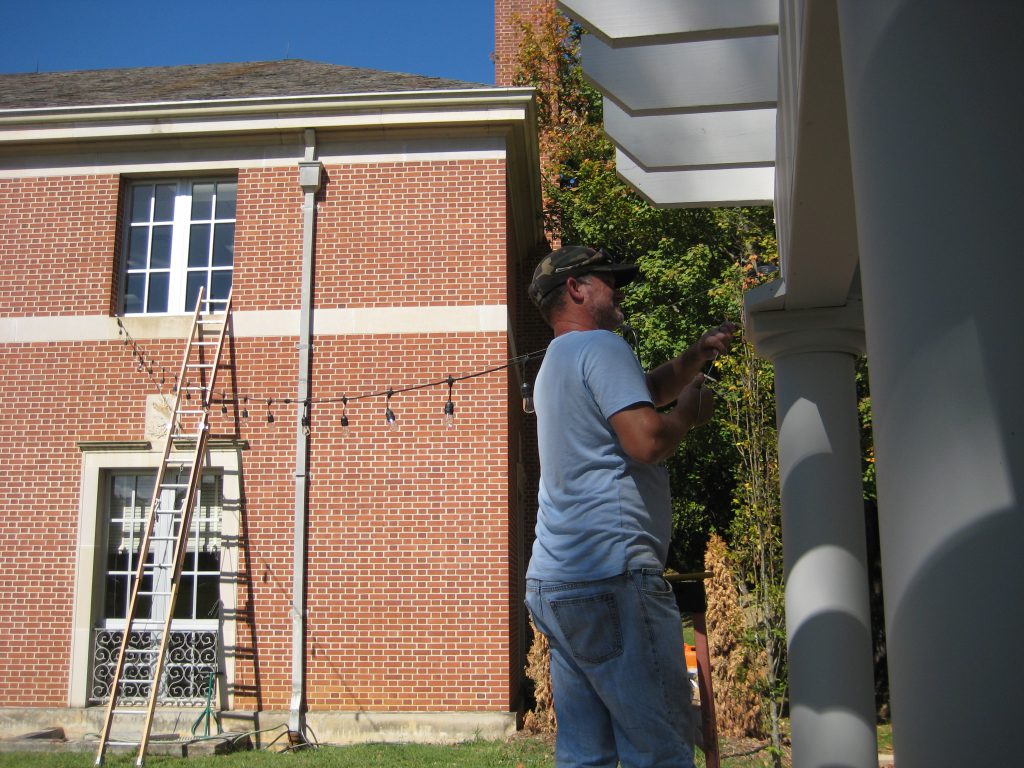 Then, of course, I need to show off the lights. I love the lights! 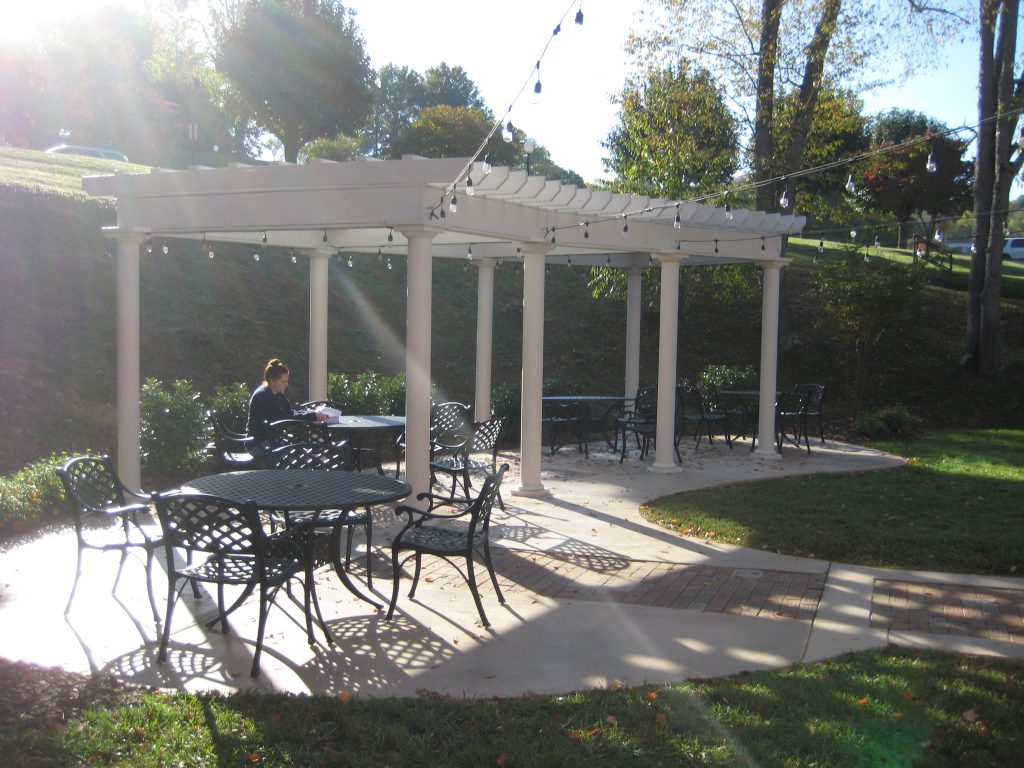 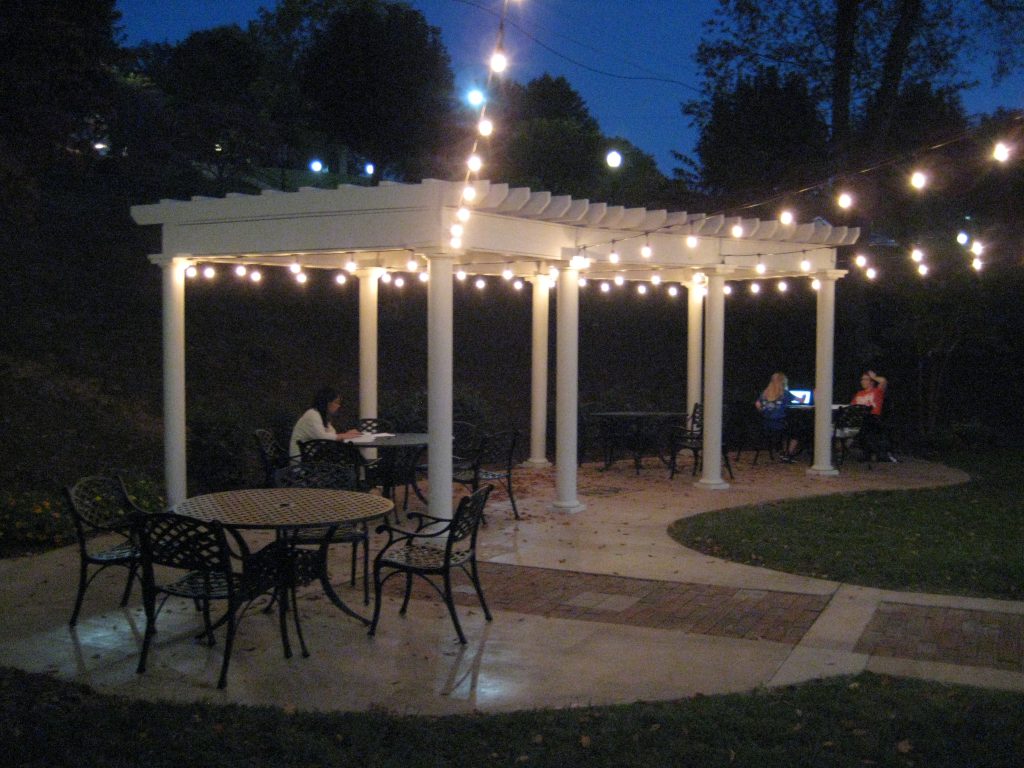 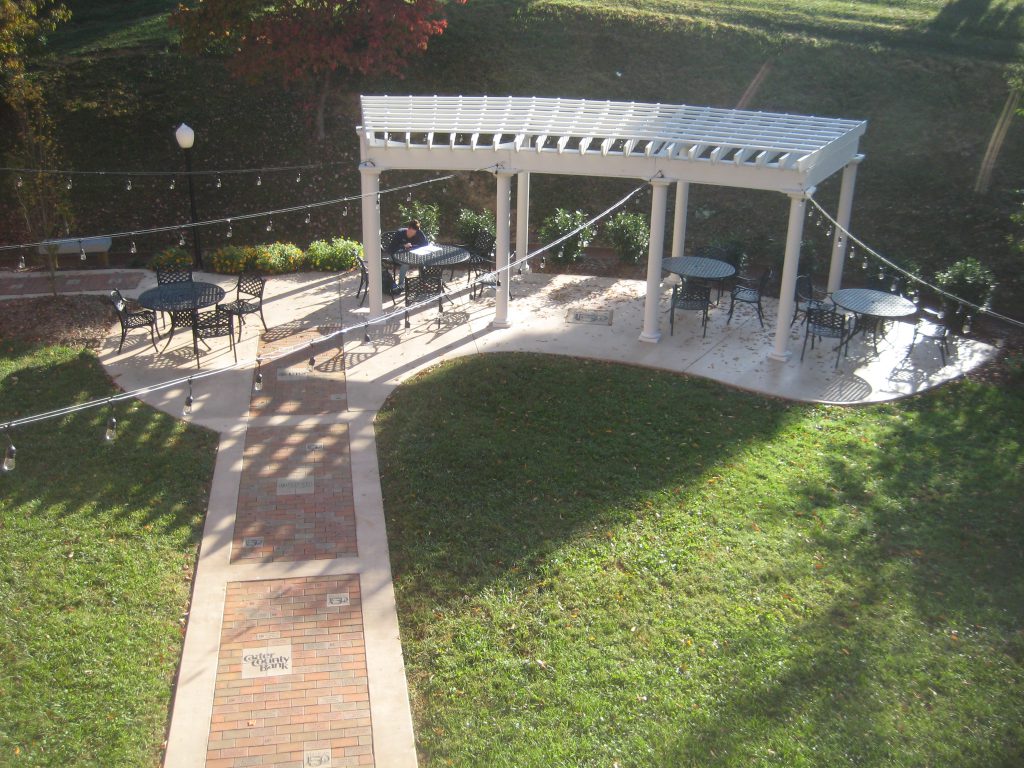 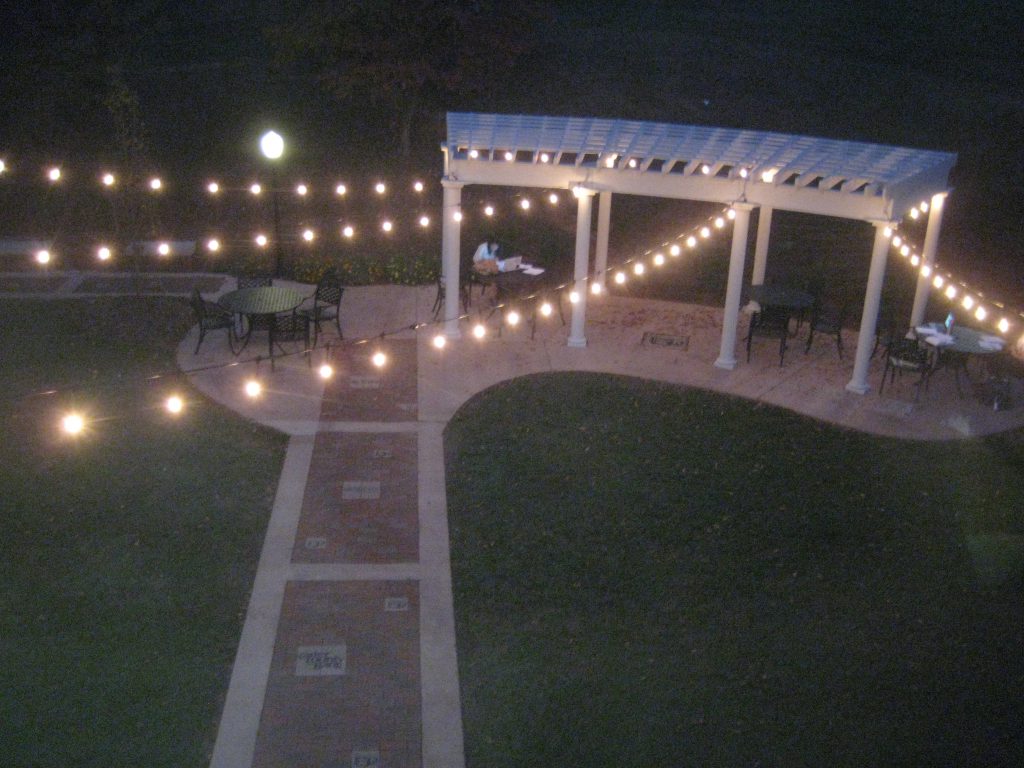