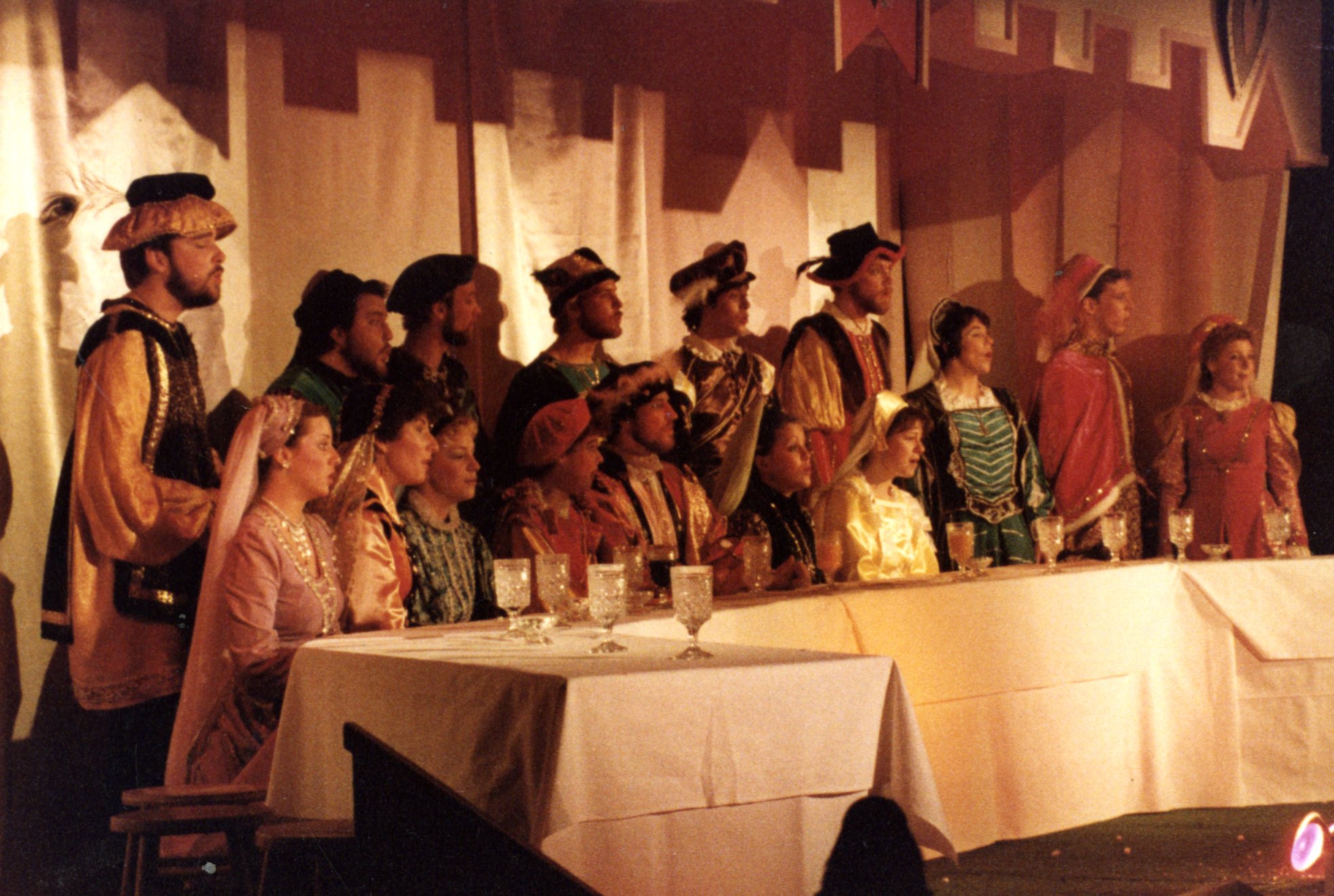 The Madrigal Dinners held at Milligan celebrated English Christmas customs from the 16th century. A medieval banquet featuring a full course meal and a Christmas concert performed by minstrel singers are what the Madrigal Dinners are still remembered for today. In 1967, the first Madrigal Dinner was a production by the speech and music departments; specifically, Dr. William Moorhouse and Sherwyn Bachman. Dr. William Moorhouse and his wife Lowanna Moorhouse did extensive research on costume design while traveling to several museums in England to ensure each costume worn at the dinners were as authentic as possible. The dinners proved to be a success lasting 34 consecutive years ending in 2001. 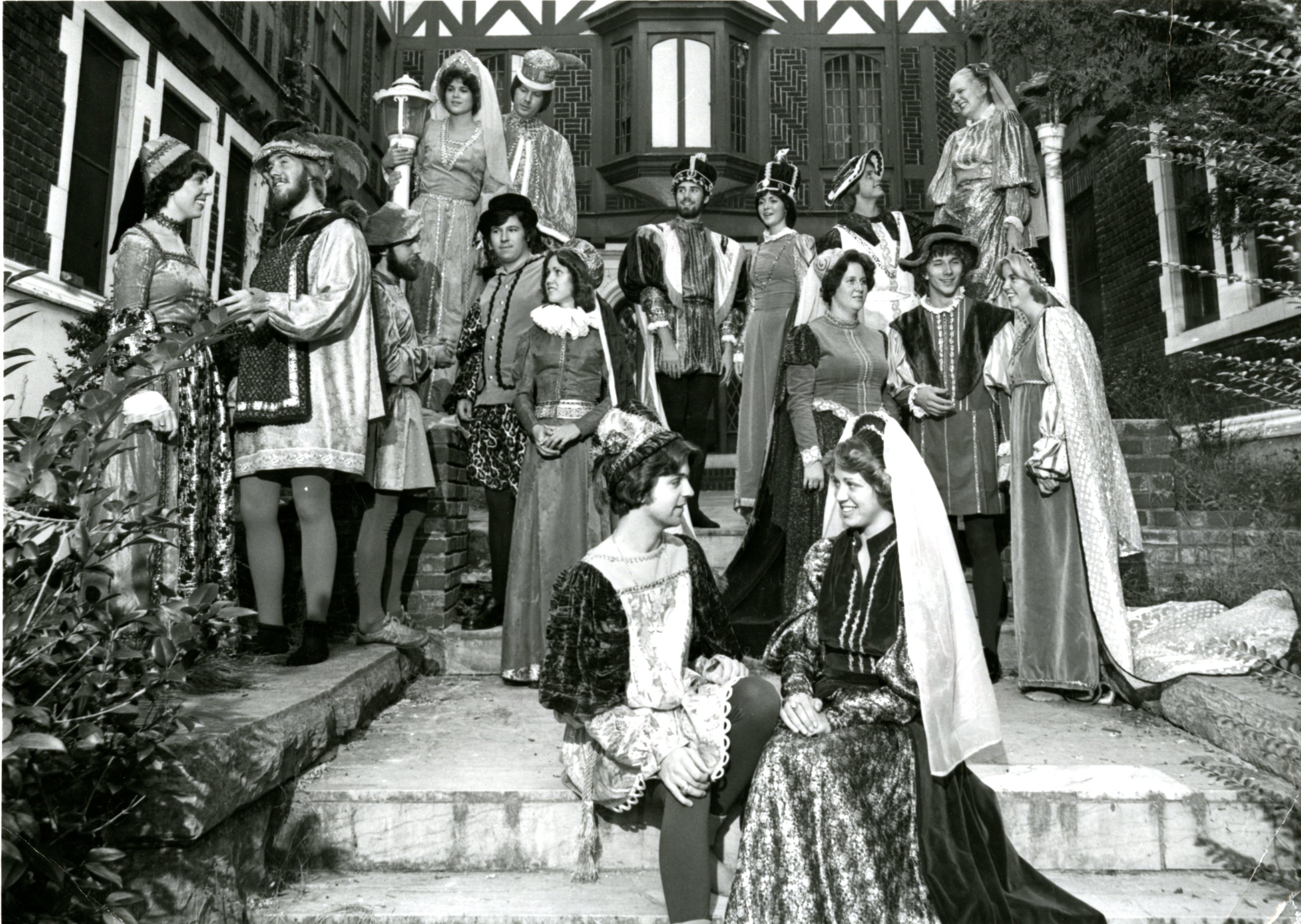 Great preparation was put into the food and music for the dinner by starting early in the year. For the minstrel singers and the Madrigal Dinner Chamber auditions started in April to prepare and perfect the musical assortments of the Renaissance. Each year a new musical set was implemented into the dinner to delight and encourage guests to revisit each year. With the event growing in size every year, dining services began preparing food in the late summer months and stored it until the event. Wait staff were required to arrive early to set up table placements, memorize the specifics of each fanfare, and make sure each guest was received by the queen. The feast’s menu would typically include the wassail bowl, roast baron of beef with Yorkshire pudding, green beans almondine, mints and cheeses, and royal flaming pudding with hard sauce. 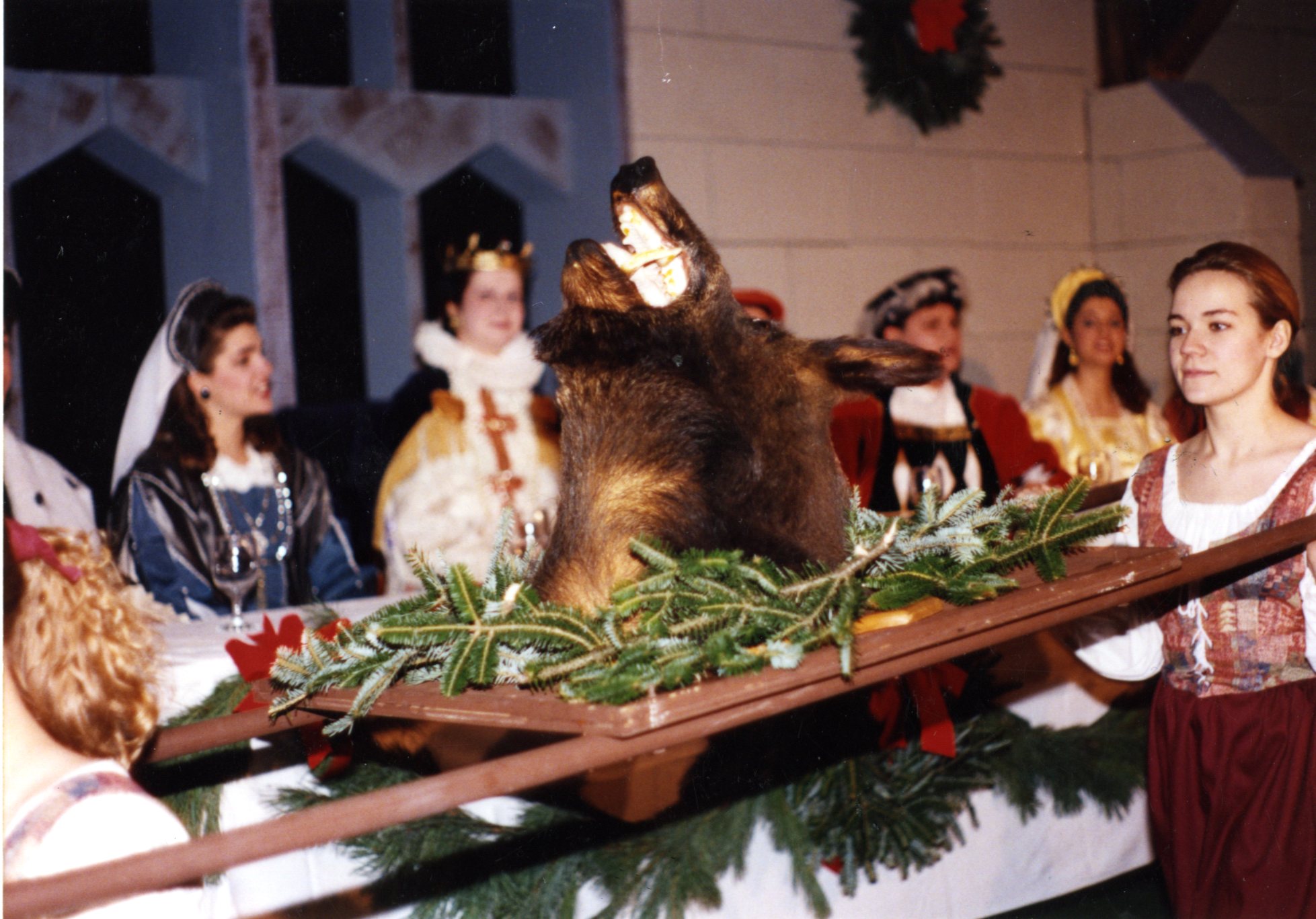 Sutton Hall was decorated with the great grandeur of bright and seasonal colors to demonstrate how beautiful Windsor Castle would have been in 16th century England. With careful preparation, the dinner would be organized into several fanfares highlighting the different courses and musical entertainments. For example, the first fanfare would include seating of the royal court, guests, and pre-dinner music. The guests would be supplied with a decorative program that described the evening and an explanation of the traditions that were practiced. The fanfare succeeding would include the royal toast with the wassail bowl, and then the boar’s head would be carried out. 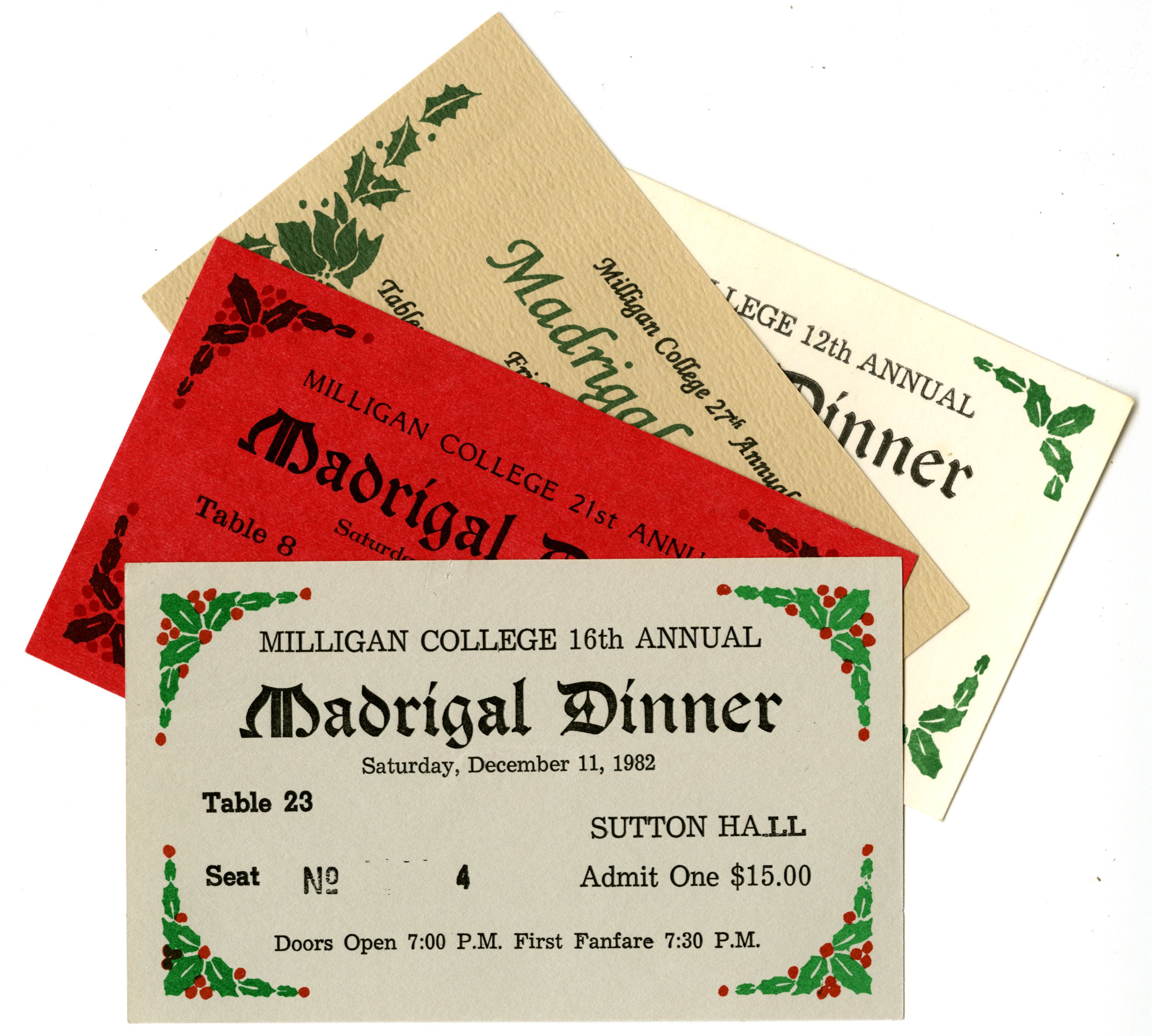 Each fanfare after would include the royal flaming pudding being carried out along with music performed by the minstrel singers. The court jester was a popular character during the dinner by offering jokes and tricks for the guests. The last fanfare included the singing of Christmas carols, the Madrigal concert, and then ending with the court recessional. With the last Madrigal Dinner being over 13 years ago, they are still remembered by alumni, faculty, and staff as being one of the best programs to experience at Milligan. 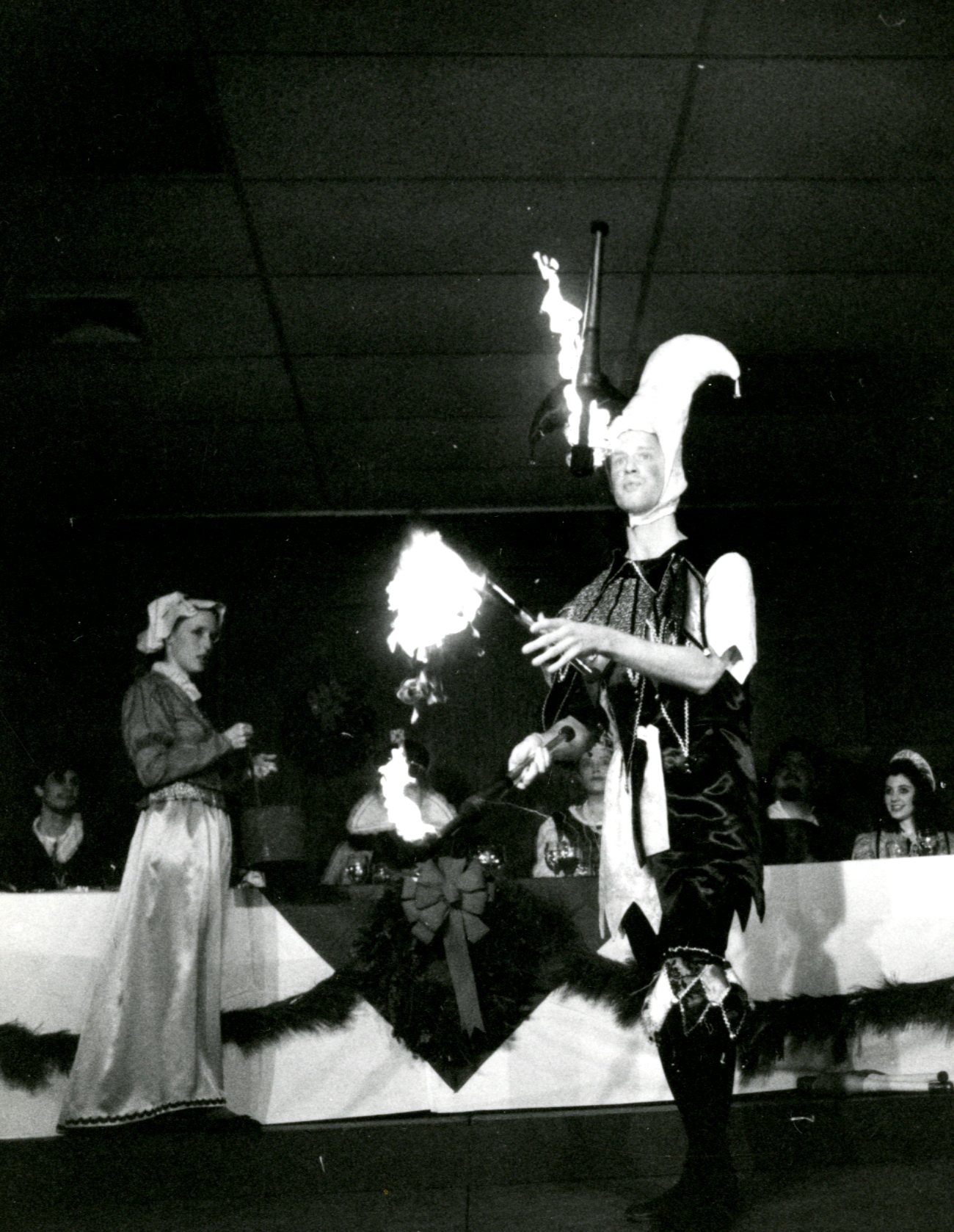 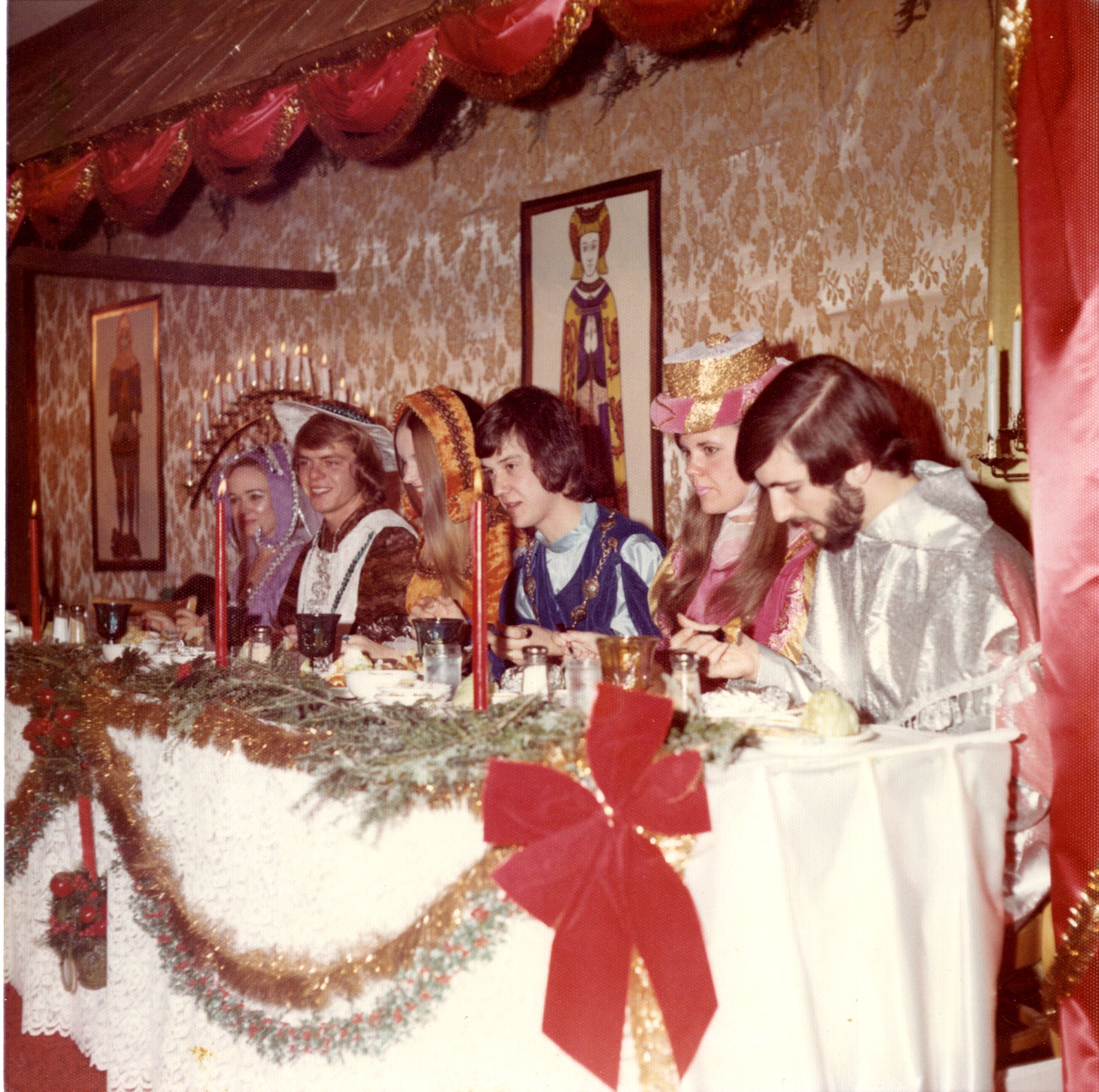 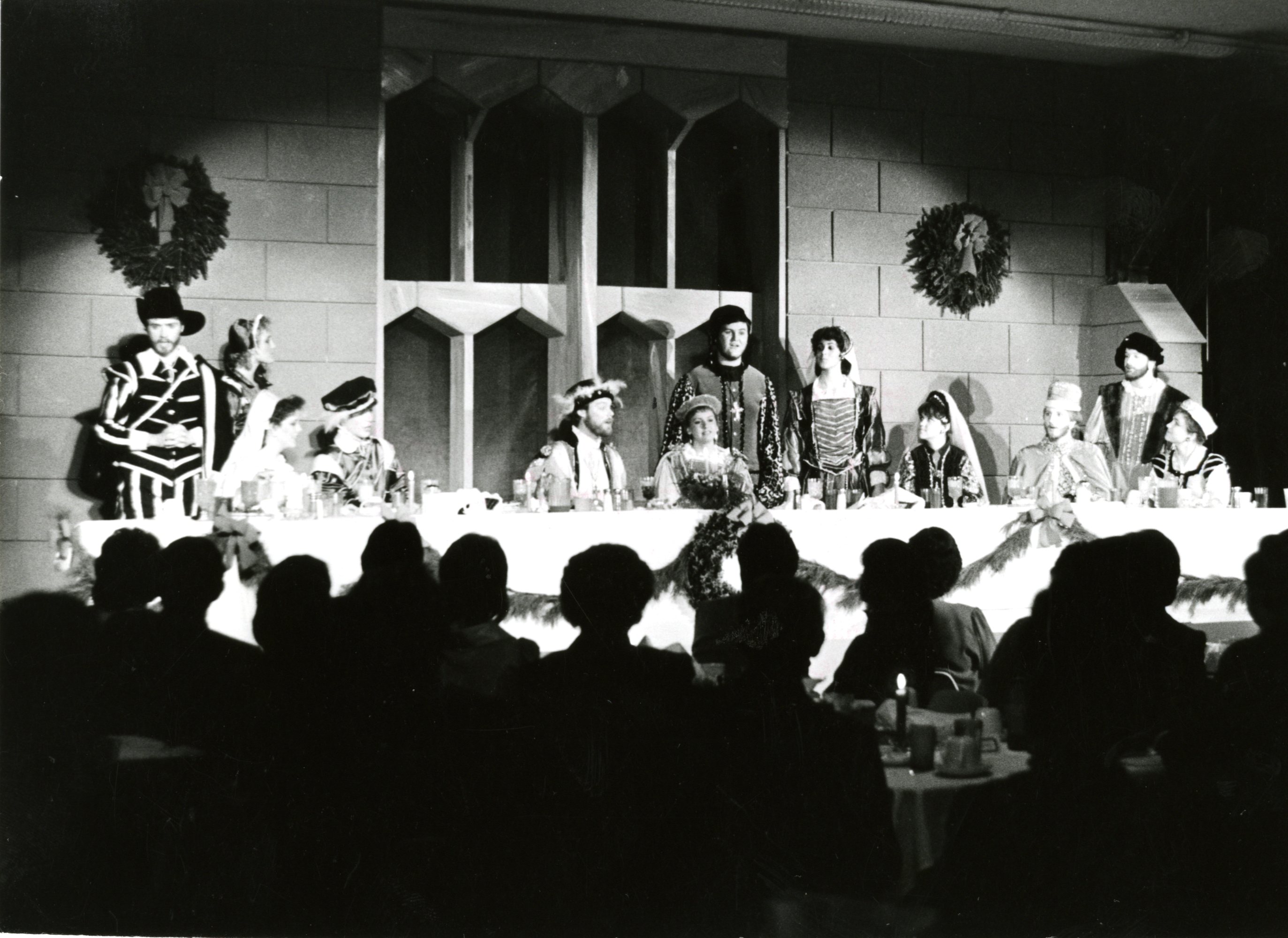