The Holloway Archives at Milligan College has recently installed a new exhibit on the history of Pardee Hall, called “100 Years of Pardee.” The exhibit celebrates the 100th anniversary of the dedication of Pardee Hall, a dormitory that stood in the central part of campus from 1920 to 1992. 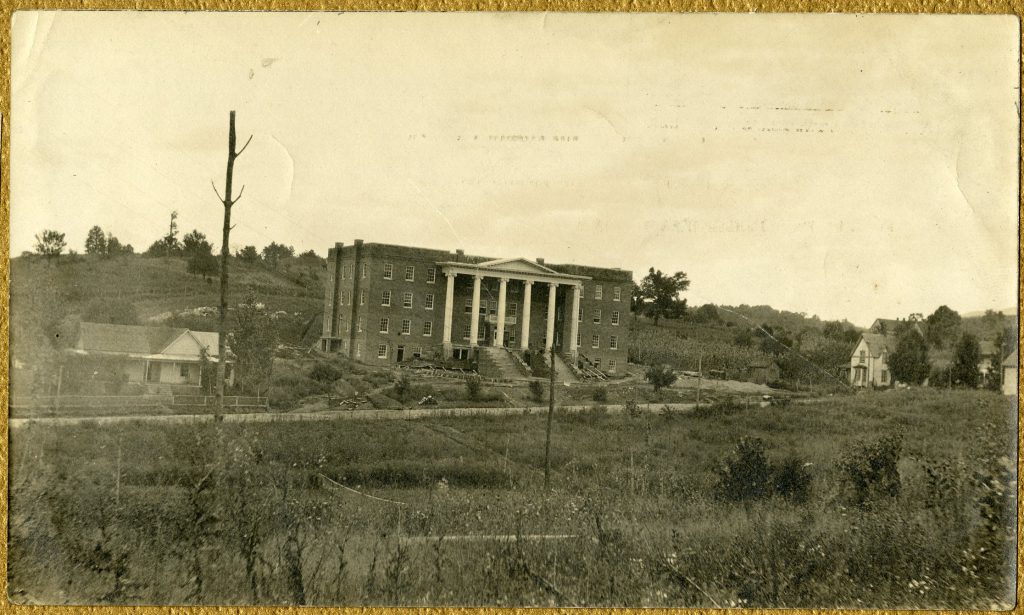 While no longer standing, Pardee Hall holds a special place in Milligan history, even 100 years after it was dedicated on October 10, 1919. The building was named for Milligan donors Mr. and Mrs. Calvin Pardee and was completed in 1920. It was built as part of the campus rebuilding and expansion after the administration building burned down in 1918. The dorm typically housed men throughout its lifespan, although there were some brief periods, including in the 1960s, when it housed women. Pardee also served as housing for the men participating in the Navy V-12 program during World War II.

The residents of Pardee, known in the later years as the “Pardee Rowdies,” were notorious for their many pranks and practical jokes. But these students also had a special love for the dorm. It was with sorrow that many of the Rowdies gathered in the summer of 1992 to watch the dorm torn down after it could no longer safely serve the college. Today, the former location of the dorm is a field for campus activities – particularly Frisbee games – and is marked by a brick wall in the nearby parking lot. A new Pardee Hall stands in Milligan Village to carry on the tradition of a beloved hall built one hundred years ago.

“As a second-generation Milligan alumna, I grew up hearing stories about Pardee Hall,” says Katherine Banks, college archivist and curator of the exhibit. “When I saw that 2019 would mark the 100th anniversary of the dedication of the dorm, I knew that it would make a great subject for a Homecoming exhibit.” The exhibit includes photos throughout its life-span, as well as memorabilia, including a “Pardee Rowdy” t-shirt, a brick, and Pardee Hall stationery. “Many alumni have fond memories of life in Pardee. I hope that the exhibit can bring back some of the nostalgia as well as tell people not as familiar with Pardee about its part in Milligan history,” says Banks. 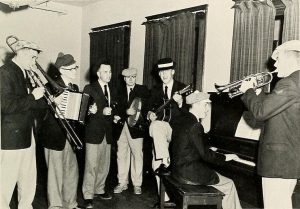 The exhibit, “100 Years of Pardee,” can be found on the first floor of the Welshimer Library and online. If you come by to see the exhibit during Homecoming, be sure to pick up a souvenir photo of Pardee!